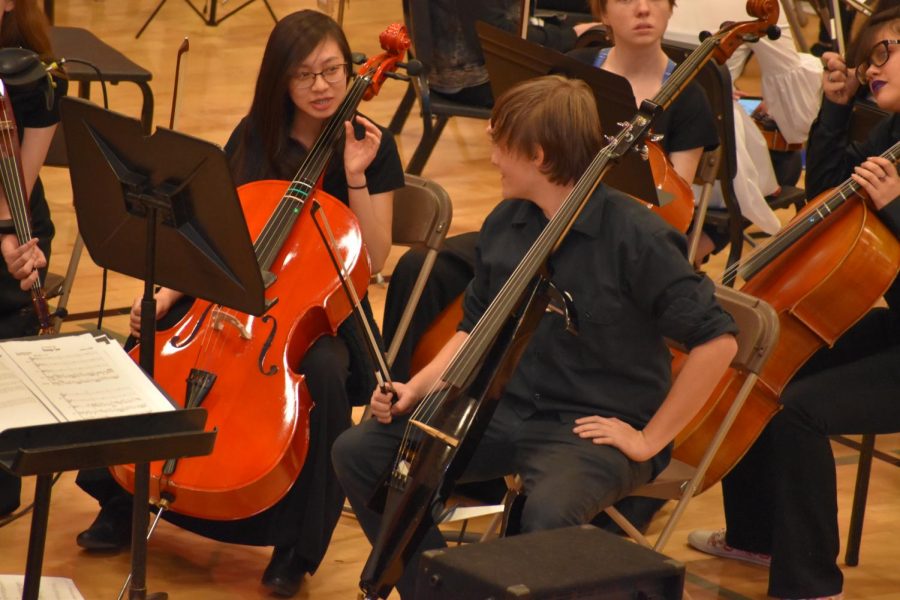 Blake Vitry on the electric cello. 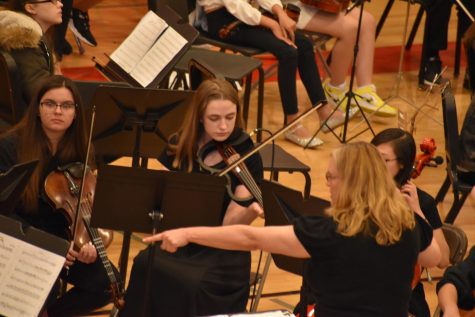 Their director Jolayne  Gutzit allowed these students to play electric violins because, “They’re my leaders in all of the sections, 1st violin, 2nd violin, viola, cello so they’re the ones that automatically get to play” she had lots of confidence in her students and was excited to play with these electric instruments.

The students who were able to play these instruments have good experiences with them and seem excited about using them more in the future. Asia Chinda, a junior playing the violin said, “it’s my second time playing with it (electric violin) and it feels like you have a lot of power… it would be nice to play it more in the future,” While Erica Reed, a freshman, said, “It’s odd because the sound is different. It’s not like a whole instrument it kinda got the frame of it and the sound is farther away so it’s just kinda odd but it sounds really cool.”

Since for some students it was their first time playing an electric instrument they talked about what the difference between an acoustic instrument compared to an electric one Blake Bitoy who plays the cello responded by saying, “It’s a lot harder to hear yourself and it almost sounds like it’s fake and it’s really weird to not hear the sound from you but from somewhere else,” and Erica Reed said, “with the electric viola it’s plugged in to a speaker so the sound doesn’t come from the instrument it’s coming from the speaker. So what you are doing is like the sound you make you don’t hear from your instrument like you would in an acoustic you hear it from the speaker so if the speakers are far away you can’t really hear yourself.” 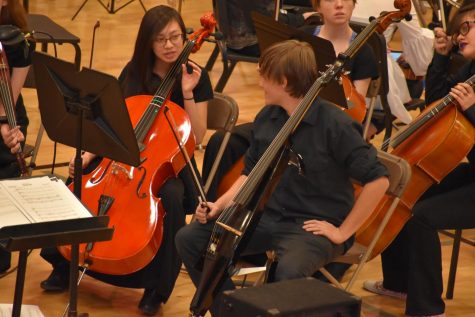 For this concert they were able to play with elementary and middle schoolers. The students interviewed had mixed opinions when asked how they felt about playing with the others in lower grades. Blake Bitoy said, “I really enjoy it because it’s nice to see personally where I started compared to where I am now and everywhere in between. I also think it’s good for the middle schoolers to see where they can end up.” Asia Chinda said, “I guess it’s nice,,, I don’t really feel anything to be honest.” While Erica Reed said, “I just hope that they’ll manage to keep their place in the song so that we can play together but i’m excited for them to get experience because that’s what I had to do.”

I was also asked the director why she wanted them to play electric instruments and if it was hard to teach them. Her response was, “Because it’s cool , it’s cool and I wanted to try and get the elementary kids coming up to Arvada high school. If they see something cool like that it might inspire them to try and come to Arvada… Lot’s of these kids I’ve had since middle school. So a lot of them know my expectation but as far as teaching or learning music it wasn’t hard to teach them but, there are challenges there’s a lot of different levels in the orchestra so you have to cater to all of those different levels.”