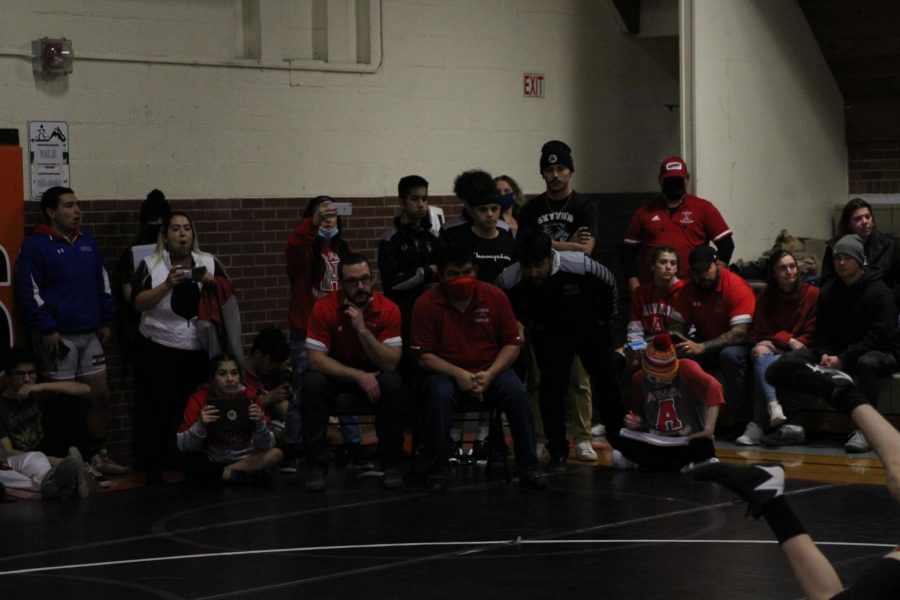 On tournament days the players always meet at the school before departing. The players usually all bring some sort of meal/snacks to consume while at the tournament all day. At the school, the players go weigh in to make sure they’re not overweight and usually leave 20-30 minutes after every player is there and weighed in. They then departure to the school in which is hosting the tournament. They usually get there before weigh-ins to get a spot on the bleachers to set all of their gear and food on. They will get to the school about 3 hours before they wrestle. Once they weigh in officially and all of the players make weight, then they usually have about an hour to sit and eat. After they eat and get their singlets on, they go ahead and warm up on the mats until its time to wrestle. That could be anywhere from 30 minutes to an hour. After you wrestle and then have a “bout”. This is just a suggested time until your next match. It is usually around 30-45 minutes but can range from 15 minutes to a couple of hours. Most tournaments will have an intermission time in the day to let everyone have a little break and for the refs and coaches to relax for about an hour. The tournament will then finish with awards and placements.

“They have each individual mat is assigned certain weight classes so you kind of just watch your mat” said freshman Joseph Ortiz.

For an away dual its very similar to the tournament. They weigh in at Arvada, then leave to the opponents school. They then officially weigh in over there and then have an hour to eat. Both teams will then warm up and then wrestle. Your first matches will start off with the lowest weight class and then progressively go up. For a home dual its still ran the same way but the players will have to set up mats, scoreboards, and benches. A pin counts as six points and then a win by points can be rewarded five-three points. Once all matches are completed then the school with the most amount of points wins the duel.